There are only people with a great capacity to rationalize.

This is certainly the case with the state and federal officials who joined together to crucify Charles C. Lynch, who meticulously followed state law and set up a medical marijuana dispensary in Morro Bay, California in 2006.   And no one was more enthusiastic in that crusade to destroy Lynch  than San Luis Obispo County Sheriff Pat Hedges (pictured at left).

While Lynch had the blessing of the city and repeatedly solicited guidance from the DEA on the federal ramifications of operating a dispensary under California state law,  he was still targeted by Sheriff Hedges.  Lynch was never charged under state law and Morro Bay police did not participate in the 2007 raid that started the train of events that would ultimately leave Lynch bankrupt.  But, the DEA was a willing partner in the sheriff’s campaign of against Lynch. 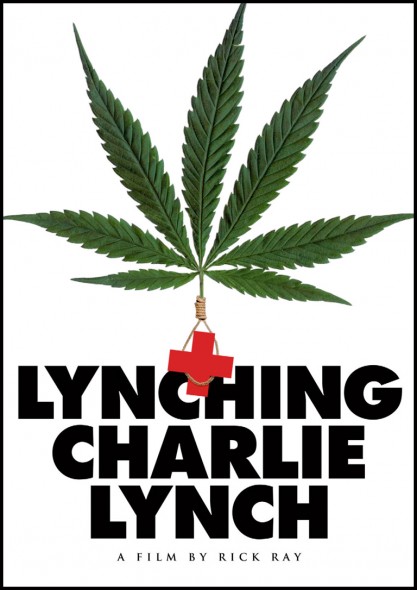 I just finished watching “The Lynching of Charlie Lynch” available in disc or streaming video from Netflix.  This documentary tells the story of a man who is, by any common sense definition, the epitome of a responsible member of the community and the absolute antithesis of a criminal.  His only crime was that he chose to follow the wrong set of conflicting laws and not a single member of the entire federal justice system had the courage or integrity to stand up and say “stop” to this vindictive little shit of a sheriff and his equally self-important buddies in the DEA.  About the only bright spot in the case was that the Judge, with no help from the Obama Justice Department, doled out the lightest prison sentence he could justify under federal mandatory sentencing requirements.

What is most disturbing about the Lynch prosecution is how clearly it illustrates the point that the federal government is willing to act completely contrary to the welfare and wishes of the population in pursuit of its own self-serving interests.   The only beneficiaries of the crusade against Lynch were members of the machine of state and most of that gain simply served to enlarge their already swollen egos.

I recommend the movie because it angers us and helps remind us that there are a lot of real casualties in the war against the drug warriors.  It’s the Charlie Lynches of the world who do the most to convince the public that the drug war is destructive and ineffective.  But it’s also the Charlie Lynches of the world who make up the wake of death and destruction left in the path of organizations like the DEA.  When it’s finally all over and the drug war is just painful memory, I wonder if we’ll ever see a monument to the fallen heroes who had the balls to challenge the mindless government automatons whose job it is to destroy other people’s lives in exchange for a weekly paycheck.

Of course, I’m sure the folks at the DEA easily manage to rationalize what they do.  Destroying people to save them probably makes perfect sense to them.