One of the things I despise about these large corporate news outlets is their custom of sanitizing the news to be “safe” for children and the most easily offended adults.  These media claim to be targeting a responsible adult audience, but they are really targeting the least common denominators of the population, hence the focus on sensationalism devoid of any meaningful opinions that stray too far from total conformity.

Spiegel Online, probably fits that mold as much as any other large news organization, but they do one thing that few of the others do.  They do not edit nudity.  They have apparently assumed that their audience can handle such raw, unfiltered information without suffering permanent psychological damage and for that reason, I am always pleased to link to a story that I know would never get published in most western media without extensive editing to protect those who would dictate for everyone else, what they are allowed to see and read.

While, I’m pretty certain I have little if anything in common with the philosophy of these feminist protesters, I am more than willing to help them reach a larger audience since given their offering of something of great visual value in exchange. 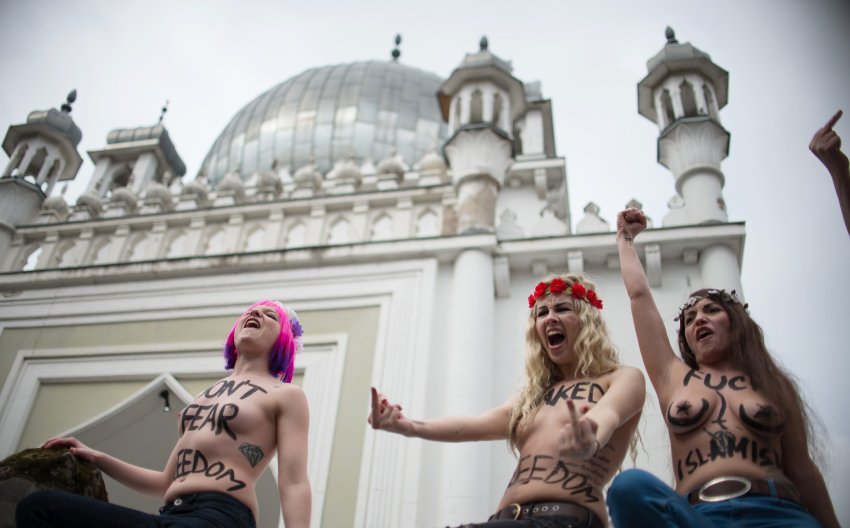 From the Spiegel Online article: The new face of feminism

4 thoughts on “The new faces of feminism”